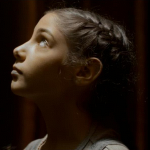 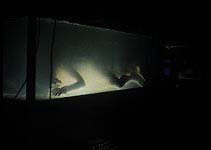 I first discovered the X-Files as a 12-year-old growing up in Québec, Canada, where the Cigarette-Smoking Man has his log cabin. The opening credits with the ghost figure walking in the hallway freaked me out so bad. The show's concept intrigued me, but I was too chicken to watch a whole episode; little bits were enough to keep me up at night. I saw the X-Files films years later and then watched the series on Netflix. I suppose I now have the maturity to understand what the show is about and appreciate its characters and ethical discussions. I do not believe in extraterrestrials but find them interesting as mythological creatures. I subscribe to the interdimensional hypothesis to explain the various UFO phenomena. As a Christian, I believe in spiritual beings (God, Satan, angels and demons) and find Agent Scully's spiritual walk from faith to skepticism and back to faith very moving. I also find the X-Files' invitation to question the scientific community's materialistic worldview rather refreshing.

I am an administrator and active contributor on the French language X-Files wiki. Francophone x-philes are welcome to come over and help build that site as well.

Main contributions to the wiki

Retrieved from "https://x-files.fandom.com/wiki/User:KLessard?oldid=45931"
Community content is available under CC-BY-SA unless otherwise noted.