X-Files Wiki
Register
Don't have an account?
Sign In
Advertisement
in: The X-Files episodes, The X-Files Season 11 episodes

The Lost Art of Forehead Sweat

The Lost Art of Forehead Sweat

"The Lost Art of Forehead Sweat" is the fourth episode of the eleventh season of The X-Files. It is written and directed by Darin Morgan.

The episode explores “the idea of The Mandela Effect, in which large groups of people remember an alternate history, Mulder and Scully find out how the X-Files themselves may really have originated.

After turning down Scully for dinner, Mulder receives a signal to meet someone. In the parking lot, he meets a man named Reggie who claims to know him. The man claims that someone is trying to erase him from society and to prove his point refers to Mulder's childhood memory of watching The Twilight Zone episode "The Lost Martian" (which in reality is non-existent), to Mulder's surprise. Scully later matches his disbelief when Reggie (now going by the last name "Something") gives her a container of a cherry-flavored Jell-O rip off brand called Goop-O A-B-C, which she remembers from her childhood. Mulder and Scully, and eventually Reggie, argue over whether these events are an example of the Mandela Effect or as Reggie refers to it, the Mengele Effect. Mulder and Scully are shocked to remember that Reggie Something was formerly a member of the X-Files team, and in fact started working on them alongside Mulder and was there on the day in 1993 when Dr. Dana Scully arrived in the basement office. After going over their past cases (with Reggie now part of many iconic past moments from the series), they learn that the "they" Reggie keeps screaming about as the orchestrator is a memory-manipulating cretin named Dr. They. He not only meets with Mulder but does so in an obvious public place, explaining somewhat cheerfully that the age of people covering up their sins is over and Mulder should just "believe what you want to believe–that's what everybody does now anyway". Dr. They also appears to threaten Mulder when he says "you're dead" but then grins and says that he means Mulder's purpose via the X-Files and chasing down conspiracies is dead.

Reggie is revealed to be a longtime government employee turned mental-ward patient named Reggie Murgatroyd, whose past besides the X-Files included being a lethal drone pilot, waterboarding terrorists, working IRS forms longhand, and sleeping through a stint as a fraud detection officer. Finally, the three of them come to their last X-Files case together: an encounter with a Trump-like alien who brings the remnants of the Voyager spacecraft and says that humanity is horrible and the rest of the universe has banded together to build a wall in outer space that will prevent mankind from ever getting near them. The alien says that despite some good people, human beings are unique in the singular negative sense that they constantly lie. He gives Mulder a book with "all the answers" and wishes them a less-than-fond goodbye and good riddance. Mulder is apparently distraught with the idea of there being no more answers to seek and breaks down into a childish tantrum as Reggie and Scully embrace. In the present, Reggie is taken back to the mental institution; as Skinner witnesses this, he apparently recognizes Reggie and asks why he's being taken away, much to Mulder and Scully's surprise.

Back at Mulder's house, they watch "The Lost Martian" after Mulder figures out it was a real episode from a cheap sci-fi knockoff show, and just as Scully begins to eat some Goop-O, she stops and she says "I want to remember how it all was". 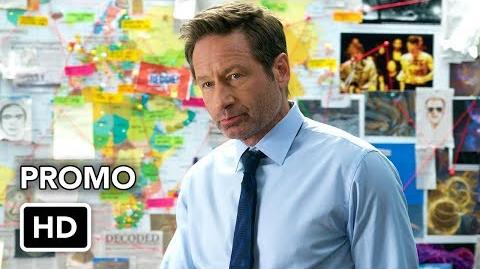 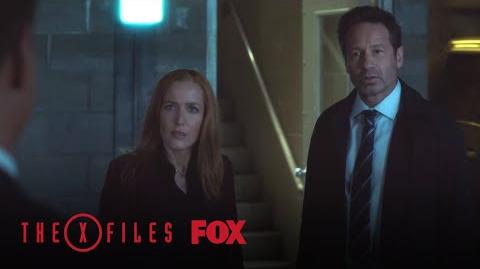 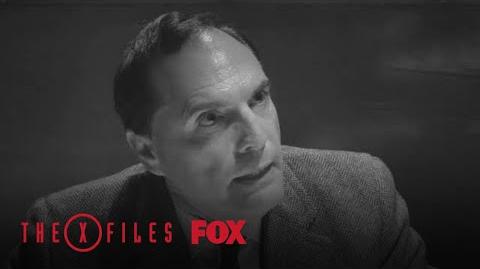 The World Has Gone Crazy Season 11 Ep. 4 THE X-FILES 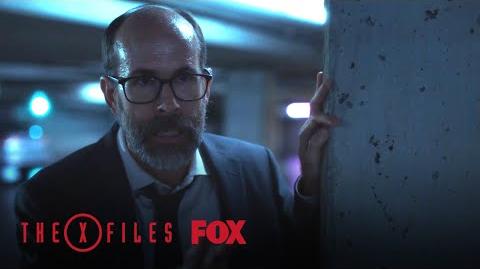 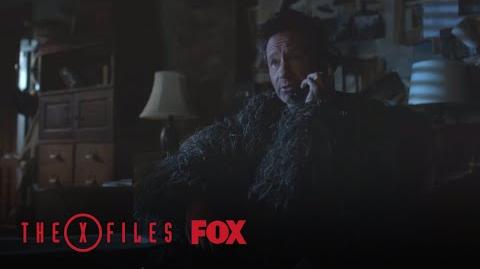 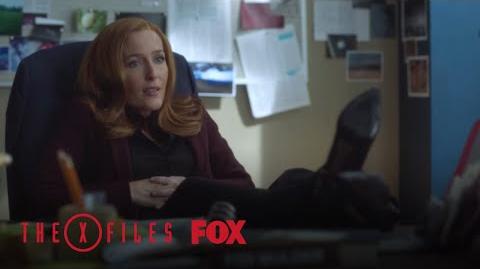 Scully Has A Secret Memory Season 11 Ep. 4 THE X-FILES 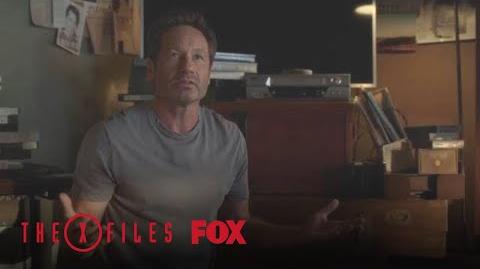 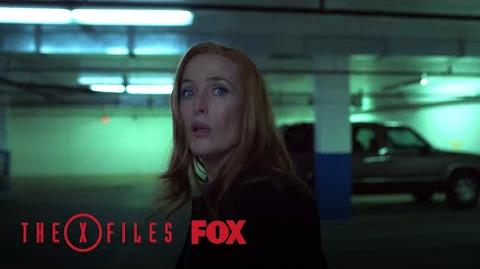 Scully Meets With The Stranger Season 11 Ep. 4 THE X-FILES

FBI Agent: "The legend I've heard so much about would have already figured this out. You start as a rebel. Then you get fat and the next thing you know, you are deep state. It's sad."