What's on your mind?

After sharing the link to that YouTube channel that posted each track from the expanded albums to Mark Snow's music for The X-Files that La-La Land Records released, I just thought I'd share with you the internet link to finding them on their official website, if any of you are interested in buying them: https://lalalandrecords.com/search.php?search_query=The%20X-Files&section=product

You'll also find the expanded albums to Snow's music for Millennium in the search results. Fair warning, though: each of these expanded products are VERY pricey, due to the amount of music presented on the albums and how many discs are included in them. Overall, though, not only is the truth out there, but so is its music.

It's been some time since it was announced, and last I for one checked, not much has been said about it since then, so I'm just wondering if anyone's heard anything new about it, whether it be anything official or if they're just rumors. Like, who the main characters will be, who will voice them, who'll compose the music (hopefully Mark Snow and/or Jeff Charbonneau will come back), and the kinds of storylines they'll explore (whether it'll be firmly in either the alien government conspiracy story arc or "Monster-of-the-Week" episodes, or if it'll alternate between the two like the original). It'd be great to hear about! And remember: the Truth is Out There....

Hello X-Files wiki! This is my first post on here but I just wanted to share the information I found. So in at least the first through third season, Scully drives a white 1993 Oldsmobile Cutlass Ciera, as seen in Squeeze, and Mulder drives a red 1994 Ford Mustang Cobra as of Tooms. I'm not sure what he drives before that, but if anyone knows I'd love to hear.

I'm sure most avid fans of the series have noticed the use and reuse of the same actors for secondary character roles in the series. Like the city detective in an episode one week is a coroner in a following episode, and then the husband of the victim in another, etc. A very famous example is Nicholas Lea being featured as a random character in the Gender Bender episode, before he was cast as prominent recurrent role of Alex Krycek.

But it also extends into company wide productions of 20th Century Fox (Shawshank Redemption, Green Mile and The Mist had cast overlap that are also from XFiles) and other parent company related media. I noticed AMC using a bunch of the Xfiles secondary cast in the Breaking Bad and Walking Dead franchise as well.

I'm wondering if the recycling is due to producers using the same casting agencies or actor pools. Or, Xfiles specifically speaking, that Chris Carter requests certain character actors for those roles? I noticed it more before Disney bought out 20th century and when the Xfiles were still running out of British Columbia.

Anyways, I am curious if anyone knows the reason behind it?

Hello, how are the world? You need to improve the page to be more striking the characters and make a timeline of The X-Files, The Lone Gunmen and Millennium of the series, movies, comics and novels please

Many of us X-Philes have often wondered what become of John Doggett after he was last seen with Agent Monica Reyes fleeing the New Mexico Desert at the end of "The Truth", the original series finale and finale of season 9. Well, one reason was revealed in a bonus feature included on the home media release of The X-Files: I Want to Believe, which features X-Files cases with scenarios involving unexplained phenomena similar to that detailed in the film, along with A.S.A.C. Dakota Whitney's analyses of them and the case's suspects. In it, she notes that since the X-Files were closed at the time, Doggett and Reyes were reassigned to engage in high-priority counter-terrorism assignments. As such, it can be assumed that Reyes' departure from the F.B.I. to infiltrate the Smoking Man's one-man conspiracy really took place right around those high-priority assignments, and that Doggett is still working on those cases.

A sequel by Chris Charter, reopening of the X files. This time, with a female agent, a believer, who wants to believe! Mr. Carter can now include international myths and mysteries, from all over the world, Europe, Asia, Africa, South America, Polynesia...I can actually suggest a youtube channel to get some inspiration from the Middle East;

What do you fellow X-Philes think it would be titled? I for one am inclined to think that it would be called The X-Files: The Alien Invasion, but I'm curious to read what you all think a good title for it would be.

I am binging on X-Files, again. Does anyone know the name of the song playing in the background in the Pennsylvania Hotel & Pub in S1E4 Conduit? It's about 15:17 into the episode. It's definitely a heavy rock song, possibly from the 70's. I tried a few apps but the dialog gets in the way.

Fellow X-Philes, fellow fans and enthusiasts of The X-Files, wanna listen to all of Mark Snow's music for the show? Come here on this YouTube channel that has posted all the commercially available tracks on all of its expanded, comprehensive albums from La La Land Records on its individual videos and playlists: https://youtube.com/c/THEXFILESScore Not only is the truth out there, but so is the music. Hope y'all enjoy!

Likewise, come here and check out the score to The X-Files Game by Mark Snow and Paul Wayne Hiaumet. https://youtu.be/YfbQUAlZcVI Its darkly ambient atmosphere is highly reflective of the show's dark ambient musical style, as Mark Snow established it. 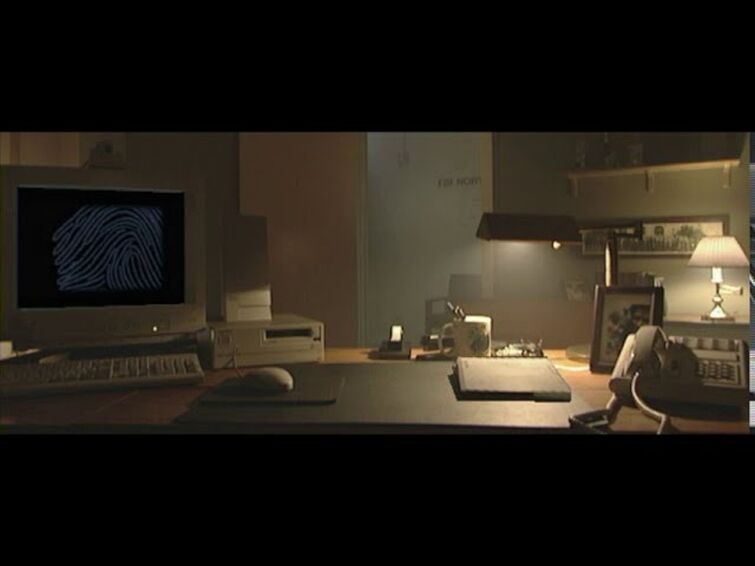 Does disney own x files now

In my opinion all the seasons until the sixth are peak fiction. The quality and writing was amazing and for me is in Top 10 series of the history.

Mulder is like the Alien FBI version of Gibbs from N.C.I.S. but younger.

Hello there fellows humans, colonists and rebels. Is there any page here that explores the easter eggs on episodes scenes? I've read an article that talks about a few ones. But I would like to know if there are more and maybe improve them in an article here.

The truth is out there with you.

The current image is taken from the more recent revival seasons, but is far less iconic a representation of the series than older images from the height of the show's popularity.

The revival was an exciting event and a big deal at the time, but now I think it would be more appropriate for the X-Files wiki look to return to traditional form. Anyone agree the background should probably be switched back at this point?

I'm a former wiki manager from Gamepedia and could mock up some options, but I'm assuming there were previous images in use here before the revival that could be switched in.

I am looking for an image file of something that I printed out years ago but the only leads that I have are that the bottom of the image says The X-Files and a page number it appears to say 25 but I could be wrong. It is an image of 2 real hearts inside of the heart symbol. I will try to post an image so hopefully someone can point me in the right direction of a digital image of higher quality.thanks in advance.